oktober 01, 2015
Here’s a new talking point for audiophiles and flannel-wearers at the water cooler: Vinyl sales generate more money for the music industry than YouTube, ad-based Spotify, and VEVO combined, according to a new report by the RIAA. And it’s not just by a little. 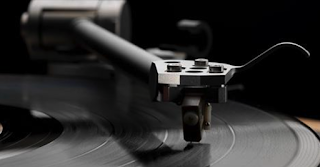 While the on-demand, ad-based, music services are generating more money than ever — $163 million in the first half this year as opposed to $128 million last — vinyl sales, at $222 million, have those numbers soundly beat.
Related: With 15 million subscribers, Apple Music is on the fast track to success
The once-antiquated format now accounts for almost a third of physical music sales. With purchases of Vinyl up 52 percent from this time last year, no other format is growing at such a rapid rate. In fact, CD sales are down by almost a third year over year, with fewer and fewer people interested in digital music outside of streaming services or downloaded material.

In a pop-culture world dominated by streaming and pick-and-choose musical singles, it is interesting to see long form records making such a strong comeback, pointing to what some might consider to be a larger cultural shift.
The modern music consumer, when purchasing physical music, seems to prefer the larger images, exclusive content, and often free digital downloads that come with a vinyl buy. More and more bands are printing special singles, colored vinyl, and other cool content for analog fans.
That said, streaming services still bring in the most money for musicians overall, with most of that revenue coming from paid subscribers, rather than ad-based sales models. Music streaming generated over a billion dollars in the first half of 2015, while all sales of physical recordings only generated $748 million.
Related: Taylor Swift is right: music can’t survive if you don’t pay for it
Still, considering a recent report that most music listeners aren’t likely to subscribe to a paid streaming service in the next six months, this leaves plenty for industry members to mull over.
Many artists have been critical of the lack of money generated through free — and even paid — music services, where it can take hundreds of millions of plays to generate any sort of notable income.
If these numbers hold, more and more of those musicians will continue to work the rebirth of vinyl as part of their solution to that problem.

maj 02, 2013
Firstly I am all in favour of compact systems so for me it's a great advantage that they are fully active. Technical information you can get from the designer on the following video link http://vimeo.com/search?q=akubarik

I can pick a few points about the design. I don't like blue lights ... I'd hoped it would be smaller to fit more of my customers that have smaller rooms and apartments with neighbours. But actualythey look great, very tidy indeed. A good start and very interesting but how do they perform?

Straight off the Akurate 242's can't compete on the bottom end. The Akubariks deliver controlled base no matter the volume. Whether the 3k array performs better than on aktive 242, I don't know but it's probably quite similar. It is very good. It's all very good and well balanced. At no point did I experience any issues with frequencies …
Skicka en kommentar
Läs mer

LINN have great new features with the new HDMI 2.0 board

september 21, 2016
With 4K content now available across a range of services, customers can now get great sound to match the high resolution of their screens.From today every Klimax DSM, Klimax Exakt DSM, Akurate DSM, Akurate Exakt DSM and Majik DSM will ship with our new HDMI 2.0 board, offering full 4K support.This HDMI board will also support HDR for better dynamic colour range, CEC for interoperability, and ARC to return audio from the television to the DSM.
Skicka en kommentar
Läs mer