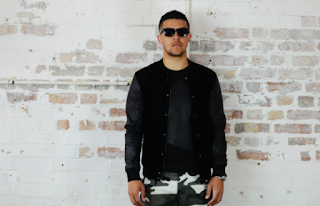 Reaching UK itunes HipHop #9 with his debut single 'Lovestruck'  & recently #31 in the album charts for His debut album, 'Enjoy the movie', you could say Scope is breaking the unwritten rules of the music industry by achieving this without PR, marketing  live tour or the backing of a major. This 20 year Scott is now working on not one project with a famous producer but 4 projects simultaneously with 4 famous producer/s (responsible for multi milion sales) from London to LA & still doesn't undersatand how it's happening. Scope is a kid with a vision and is mixing it up with the biggest names in the business. He will be accompanied by the acclaimed London Producer & Dj Lewis Syckes (AKA 320).

Tickets 150 Sek (concession 100 Sek) in advance: SMS for details or Swish 0760071281 for tickets in advance with your full name and email. Hand crafted beers, made just a few metres away from the bar available and bar food ... Gothenburgs coolest intimate venue.

Tickets : 150 Sek or 100 Sek (concession). 50 places available in advance. SMS: 0760071281 for tickets
giving your full name. Food available and the bar selling hand crafted beers made just a few meters
away is open!
Jonathan Carr is quite simply a superstar and has been booked for private events by some of the richest
people in the world but only recently recorded His amazing debut album here in Gothenburg. It's an exquisite
album of original material and destined for international success. Selsius are a stadium rock band and
Gothenburgs biggest secret. The lead vocalist is on a level you just don't hear very often and accompanied
by the amazing musicianship from His band, you have a combination impressive enough for future Ulevi
concerts.

Together with Stefan Eriksson we created Rocred, our own music label, earlier in the year. Jonathan Carr,
along with Selsius and some others soon to be announced, are recording and releasing their albums with
us. Just shows you what can happen when you get a little obsessed by music!!

The first of many nights to be held in Stockholm is at Nalen with bands: 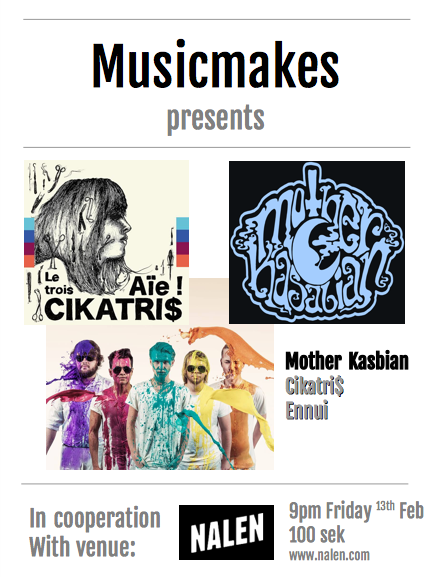 Bryan Estepa is a singer-songwriter who started his musical journey amidst the dusty strobe lights of Sydney’s late-90s pub scene. Fronting indie pop band Swivel from 1998-2000, an eponymous debut EP paved the way for Estepa’s inevitable solo career.Estepa's latest solo album, 'Heart vs Mind’ is an ambitious, somewhat risky yet ultimately successful venture. Released in Australia on Vinyl 7 digital format, ‘Heart vs Mind’ rode the “lo-fi vs binary” zeitgeist of the popular music climate, earning some great support from the Australian music press, including feature reviews and Album of the Week nods in The Sydney Morning Herald, The Age and The Courier Mail.He will be performing at MusicMakes on 2nd February 2015. Sms --0764266651 for advance tickets.

The amazing shop gig will soon be released in 24bit digital format but here is a nice clip from night two at Cafe Overlock ... fantastic talent

This will be combined with the launch of the brand MusicMakes and the subsequent shop makeover. The shop now boasts, as well as LINN, Genelec & GöttAudio demo rooms, the shop is a fully functional and in use music recording studio and is home to MusicMakes record label. Rosie MacClune (from the bands The Hedrons, Gogobot & more ...) is running the new concept and is the on-site head music producer. Let's party!

We will keep you posted closer to the date but maybe you should put this one in your diary ... ;)

We are pleased to announce we now taking bookings for Friday the 18th April for 'Good Harvest' LIVE in the shop (Linnegatan 5 Gothenburg) from 6:30 pm. Tickets 150 sek in advance from martin@peoplesandschmidt.com SMS 0760071281 & from the shop. 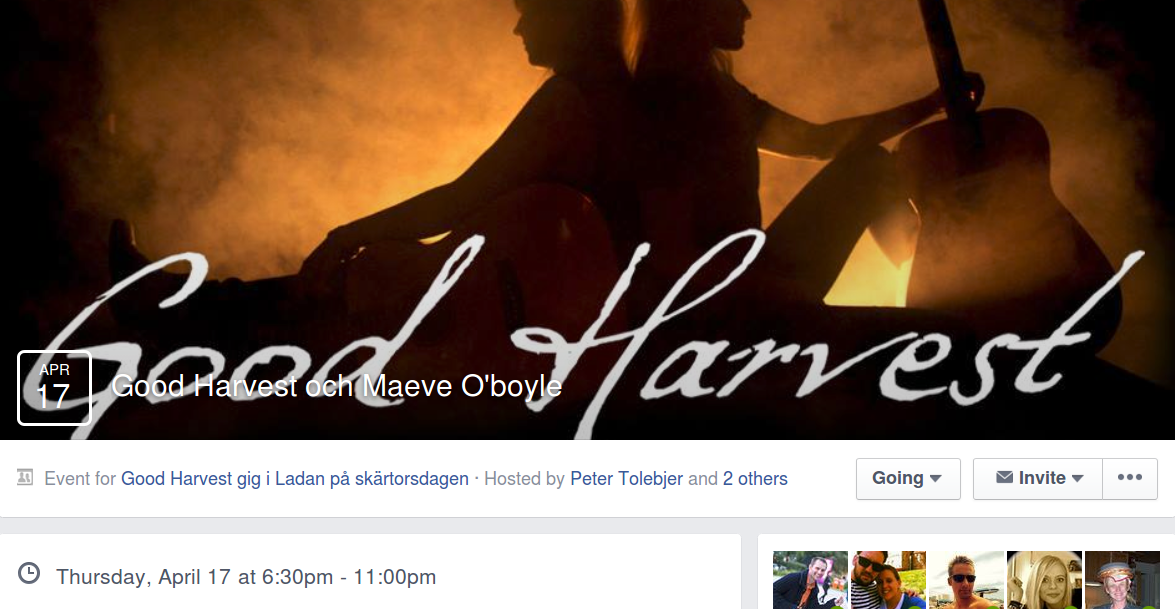 (please note that Emily is playing 'abandinabrewery, Gothenburg, on 30th Nov but tickets are already reserved for this)


All Emily's albums are streamable on Spotify:


Almanac is available as a Linn Studio Master:

Tickets available in advance only 150 Kr, refreshments me be purchased at cost-price. Email martin@peoplesandschmidt.com or sms: 'Emily' to 076 0071281for your e-ticket!

After a great launch event with Maeve O'Boyle we are extremely pleased to have booked an amazing artist from Australia and currently LINN's hottest new signing, Emily Barker.

Tickets available in advance payable (no cards) to Peoples & Schmidt shop or to be left in an envelope with your name (not before your space has been confirmed by email - just 50 spaces) to cafe Dopio which is 10m past our shop.

A vegetarian meal, a luxury beer and of course the concert is included in the price of just 250 Sek.
*PLEASE NOTE TICKETS ARE TRANSFERABLE BUT NOT REFUNDABLE*

Warm welcome to abandinabrewery ... more info on Emily Barker can be found on www.emily-barker.com

So the cat's out the bag!
We're releasing 'Dear River' on Linn Records on 8th July.
We'll be announcing pre-orders very soon, firstly to the mailing list. So if you're not a subscriber, please do sign up to get first dibs on exclusives, limited editions etc: MAILING LIST
But just to give you a taste of what's to come, here's a video of us rehearsing in preparation for our Union Chapel show last November. The song is called 'Ghost Narrative'. Hope you enjoy it!
Posted by Emily Barker at 03:08

All Emily's albums are streamable on Spotify:
Emily Barker & The Red Clay Halo

Almanac is available as a Linn Studio Master:
http://www.linnrecords.com/recording-almanac.aspx

Hailing from Bridgetown, Western Australia, Emily Barker is a compelling songwriter with a gift for weaving melody and words. Her talent is perfectly complimented by the magnificent arrangements of her band The Red Clay Halo, whose rootsy ensemble playing underpins Barker's agile vocal blend of strength and fragility.

Together they have recorded three albums: the first was ‘Photos.Fires.Fables.' (2007) - an eclectic tapestry of old-time narratives weaving gothic stories of fire, tragedy, love and hard lessons...

‘...sharply observed, original songs ...adventurously embellished by gypsy flourishes and haunting desert echoes that'd be at home on a Calexico album' Uncut
'This is a gorgeous, sincere voice that grabs you and won't let go'  The Sun
This was followed by ‘Despite The Snow' (2008) which was recorded in just four days over a snowy Easter weekend in Norfolk. Critically acclaimed in the UK and Australian music press, its opening track ‘Nostalgia' became the Bafta-winning theme tune to BBC One drama Wallander starring British actor Kenneth Branagh. The music went on to win a BAFTA and a Royal Television Award.

Q Magazine
'The hills have yet to be emptied of gold if you know where to look.'  The Times

February 2011 saw the release of ‘Almanac,' immediately attracting strong support from BBC radio with sessions for Cerys Matthews on 6 Music and Radio 4's Loose Ends, and single 'Little Deaths' picked as Record of the Week on Nemone's 6 Music show. A stream of sold-out UK tour dates followed, culminating in a rapturously received show at London's St Giles-In-The-Fields church at which 'Almanac' was performed in its entirety including a stunning, stark version of 'Pause'. This song has since been used as the theme tune to the BBC2 noir thriller The Shadow Line which received critical acclaim.

Editor's Choice February 2011: This is a dream of a record. A new Marling, then? No, Barker offers something else...' BBC Music
Links:
http://www.emilybarker.com
http://www.facebook.com/emilybarkerhalo
twitter: @emilybarkerhalo

Watch this space for a special event and launch of a new concept from Peoples & Schmidt. It's called www.abandinabrewery.com

The above photograph is of Maeve during a 'Live studio recording' for a promotional video for the upcoming album. It's no secret that I am one of her best fans but this song & video has freaked me out. I've watched it 30 times and 30 times I have got goose bumps!
Maeve is simply outstanding, world class ...
Welcome to ''Live @ Peoples & Schmidt'' 20th September for an up close and personal performance.

Big thanks to everyone that came (attendance 81) and of course to Selsius for a great night. All the very best with the new album. 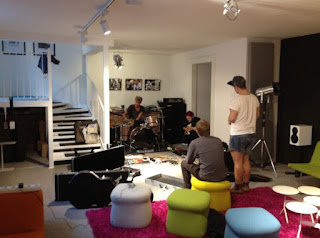 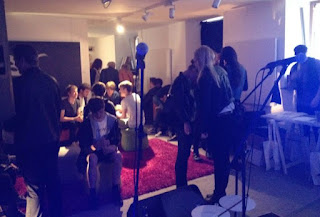 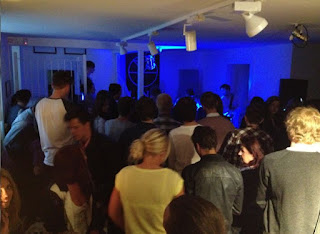 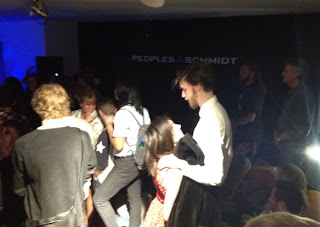 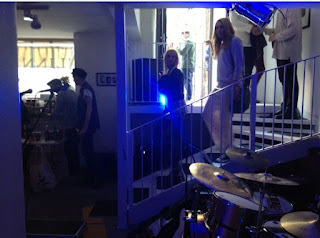 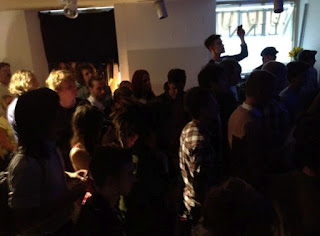 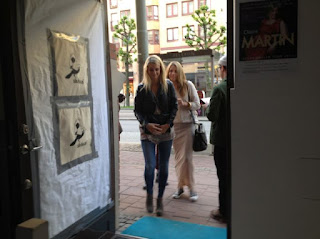 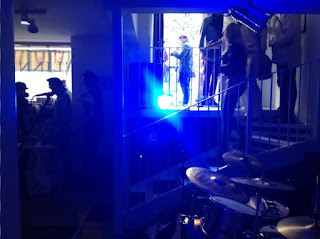 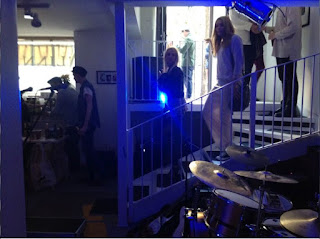 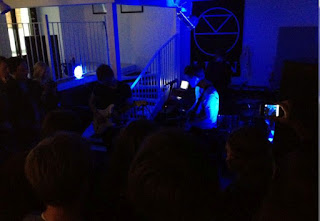 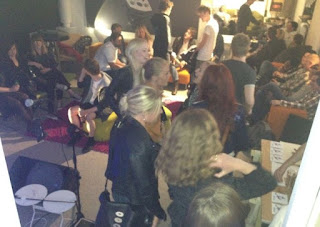 Big thanks to everyone whom attended our first Jazz concert on October 22 2011. It's not every day that you sit in such a small venue and listen to big artist and 'wal' was she good! I have some recordings which will go on youtube soon but for now I'm afraid it's just pictures from the evening! What's funny is i have been trying to place the name 'Gareth Williams' (pianist in Gareth Williams trio) since I booked the event and of course now I know ... he is also signed on LINNrecords and has his own album ... ironically I already own it! Big thanks again to everyone and hope you enjoyed it as much as I did. We still have 'signed' copies of Claire martin 'A Modert Art' for sale from the shop or for postal order. Drop an email if you would like one: 150 Kr. martin@peoplesandschmidt.com 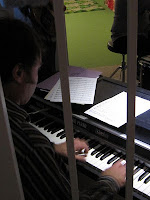 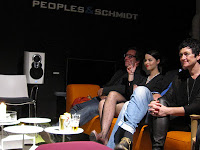 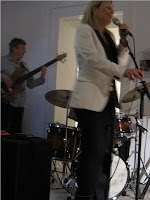 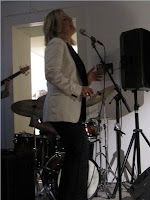 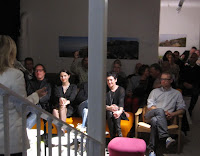 Just 50 places so a very rare chance to experience an artist of this stature in such an intimate environment. Ticket event with all money raised going to the costs (some of them) for the evening. 250 Kr. Tickets available in advance from our shop from Monday 10th October, reservations can be made in advance of this by calling Martin             0708 948229

> After a critically acclaimed 3 week residency at New York's most prestigious music room
> 'The Oak Room' at the Algonquin hotel with Sir Richard Rodney Bennett, Martin then went on to sing with pianist Bill Charlap's all-star group at the world famous Lincoln Centre as part of the 'Music of the Prohibition' series.
>
> In June this year Claire was awarded an O.B.E for her Services to Music and she will be honoured to attend the investiture in the presence of Her Majesty the Queen. In August Claire recorded her 14th CD for her long-standing record company Linn Records and travelled again to New York to sing with legendary pianist Kenny Barron alongside bassist Peter Washington and drummer Kenny Washington.
>
> This CD will be out in Spring 2012 and will be titled 'Too Much In Love To Care'.
>
> Claire will be performing at Peoples and Schmidt with dynamic pianist Gareth Williams and ace bass man Laurence Cottle. They are thrilled to be joined by Danish drummer Kristian Leth who is also playing a big part in Claire's musical presence in these jazz loving territories!
>
> "WORLDCLASS' The Times

“Claire is unbeatable and sets the standard for all us singers.” (Jamie Cullum)

“She ranks among the four or five finest female jazz vocalists on the planet.” (Jazz Times USA) 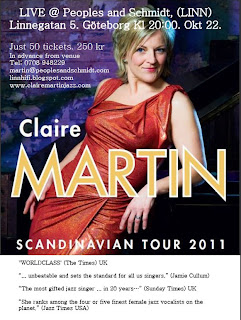 
Some more pics & video from PREVIOUS GIGS AT PEOPLES & SCHMIDT 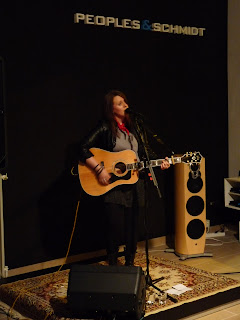 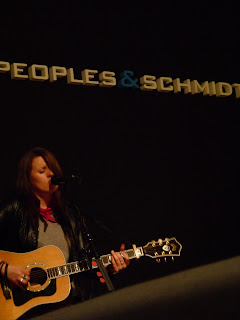 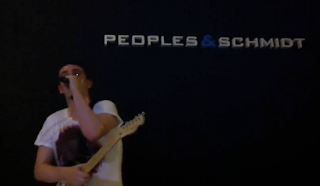 Firstly I am all in favour of compact systems so for me it's a great advantage that they are fully active. Technical information you can get from the designer on the following video link http://vimeo.com/search?q=akubarik

I can pick a few points about the design. I don't like blue lights ... I'd hoped it would be smaller to fit more of my customers that have smaller rooms and apartments with neighbours. But actualythey look great, very tidy indeed. A good start and very interesting but how do they perform?

Straight off the Akurate 242's can't compete on the bottom end. The Akubariks deliver controlled base no matter the volume. Whether the 3k array performs better than on aktive 242, I don't know but it's probably quite similar. It is very good. It's all very good and well balanced. At no point did I experience any issues with frequencies …
Skicka en kommentar
Läs mer

LINN have great new features with the new HDMI 2.0 board

With 4K content now available across a range of services, customers can now get great sound to match the high resolution of their screens.From today every Klimax DSM, Klimax Exakt DSM, Akurate DSM, Akurate Exakt DSM and Majik DSM will ship with our new HDMI 2.0 board, offering full 4K support.This HDMI board will also support HDR for better dynamic colour range, CEC for interoperability, and ARC to return audio from the television to the DSM.
Skicka en kommentar
Läs mer